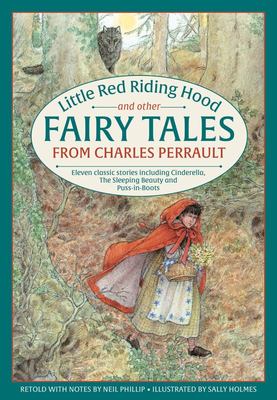 Who wrote Cinderella? It may sound like a trick question but few would immediately think of a French author writing to entertain the court of Louis XIV of France. Although not as famous as other children's storytellers, Charles Perrault is responsible for writing some of the best-known fairy tales ever told including Puss-in- Boots, The Sleeping Beauty, and Little Red Riding Hood as well as lesser-known stories like Bluebeard, The Fairies, Tufty Ricky, and Patient Griselda. Originally published in the 17th century, the stories of love, revenge, chivalry, magic, mystery and happy-ever- afters continue to be printed to this day, capturing the hearts of new audiences around the world. Folklorist Neil Philip retells the stories without losing any of the original air and excitement, and his accompanying notes to the stories provide fascinating background detail on each fairy tale. This charming anthology has been beautifully illustrated by Sally Holmes, creating a book that children of all ages will cherish.